Soon will A15 (or A15_Roo) become active on tha Spotwalla map: 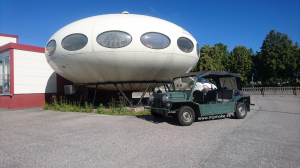 The preparations are ongoing for the long distance driving that waits for Rick and me in the Mini called Roo.

Some pictures from Spring Run 2018 with the Mini Moke. The tour went along Dalälven River at Hedesunda, Gysinge and Österfärnebo. 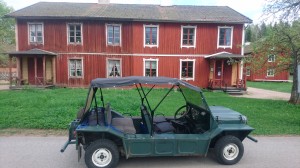 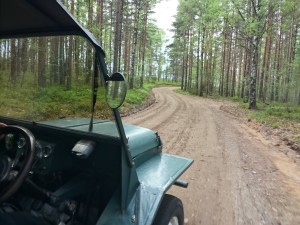 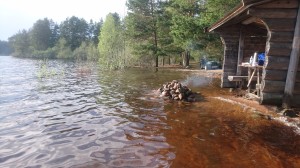 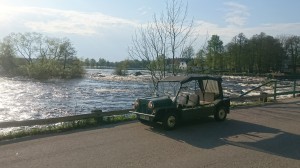 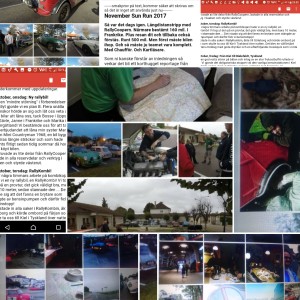 Time to summarize the last November Sun Run Rally in an article for one of the Mini Clubs. Lucky that I made notes along the way, hard to remember details now months later.

Team Sweden is back home in Uppsala, Sweden.
Rally is over.
Is the Rally blues I hear or is it just tinnitus?

Can’t wait for the next rally with the November Sun Run crew.

Thanks to all followers of this trip, all other participators and of course James McDonald aka November Sun Run and the marshal crew.

We had a night of good sleep at Hotel Linden, in a budget room, and we felt a bit fresher when we had breakfast. Pack the cars, pay the bill and then out on the Autobahn at 09:30.
440 km to Kiel.
We drove until 11:30 before the first queues came up, because of roadwork and the bigger junctions and so on.
Rain.
Then about 150 from Kiel we stopped for a quick pause and the Leopold was leaking brake fluid! Thomas managed to do a quick fix in a hail storm and we were off again.
Arrived in Kiel in good time so we went for some food and drinks at the regular place Kieler Bräuhaus.
Boarded ferry at 16:30 and the some talk in the cabin before taxfree and music quiz. We didn’t win but we stayed for a short while to listen to music. But we were in bed before 23:00.
Zzz

Lazy morning after the big battle is over.
We managed breakfast and met all the leaving teams then we went back to bed as we had lastcheckout at noon.
Finally were in such a shape that we managed to pack our stuff and start up the cars.
Before we left we helped Mike and Karen Spindle to start their Austin Healey 3000, some issues with the fuel feed.
Out on highway and up to Karlsruhe and food on road restaurant. There was a surprise waiting for us, some friends from Stuttgart showed up. Nice to meet them again!
Then out on the road again and when it became dark we booked a hotel just south of Kassel, Hotel Linde in Knüllwald. Nice owner och we had a schnitzel meal on a nearby restaurant before bed.
Both cars running well, both very noisy.

Get up, long breakfast, load all stuff in the car as we aimed for a new hotel following night, stamp the card and start today’s rally.

Section 9 Wissembourgh-mt St Odile
We started in rain and filled up with petrol as soon as we could and tok it easy as it was questions, passing control boards and codeboards to keep an eye after.
Two thirds into the section we realised that we were a bit after time schedule. We had to press the pedal to get in time for checkout for next section.
Uphill to Mont St Odile the car was sweating power and when we got up to the monastery it had stopped raining. Micke rushed into passing control only to be told there was no time…
We skipped coffee and took off to have some more time for lunch instead.

Section 10 Mont St Odile – Riquewihr
This was a nice section that took us up and down. Serpentine roads, views and the weather became better and better.
We arrived Riquewihr with all controls taken and had a nice lunch in a Frog restaurant, no frogs were eaten though.

Section 11 Riquewihr – Colmar
Section was in sealed envelope that was opened and plotted. Very fast and short section. No questions, only codeboards and Passing control boards and we took them all!. Some tricky smaller junctions and local roads and then we reached the goal. Hotel L’Europe in Colmar.

Celebrations started on the parking, sunshine and happiness took the atmosphere to the sky! Photo sessions, strange drinks, laughs. Some went for swim and sauna, others to the bar. Then off for a shower and dress upp for the final dinner and prize giving ceremony.

We ended up with 113 points that gave us place nr 17 total and place 9 in class. That’s not bad at all as it was 70 teams that started the rally.

Celebration was going on until late…