Had a great day. Drove the Moke to nearest Sainsbury in Canterbury and bought breakfast ingredients which we cooked on the Trangia storm kitchen beside the tents on the sun. 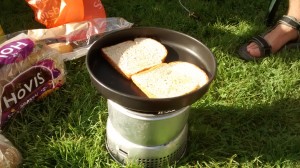 We packed the tents and drove off. Down to Hythe and missed the train as there were no parking spaces so we drove along the coast instead. 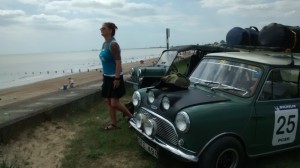 We stopped for more groceries and then had picknick on the beach in Littlestone-on-Sea. Very lazy and nice, and we stayed for some hours.

We drove on into Rye and strolled around before we had an afternoon drink at Mermaid Inn. 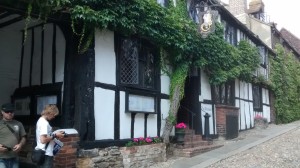 The day ended at the Cock Inn in Peasmarsh, just northwest of Rye. We are camping behind the pub and had dinner and some drinks inside. Nice company, nice food and tasty beers. 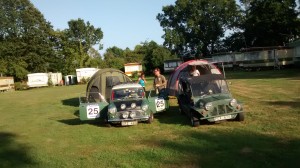 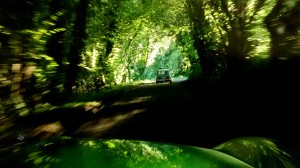 Great roads to drive Minis on in Kent, England 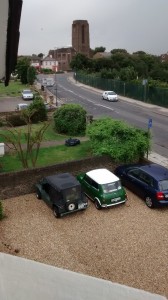 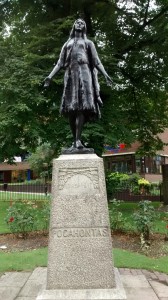 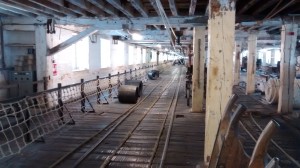 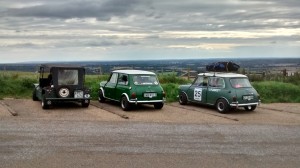 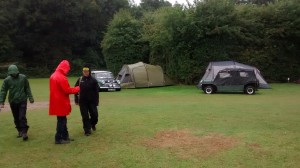 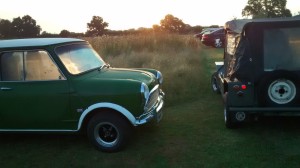 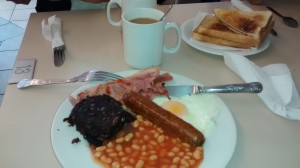 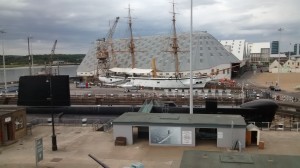 We visited the historical dockyard in Chatham. 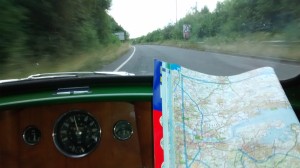 We then drove back to our B&B for the night, located in Northfleet/Gravesend. 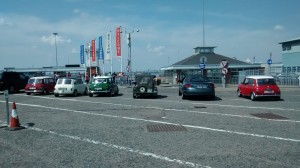 Here are the five Minis that were on the ferry to England. 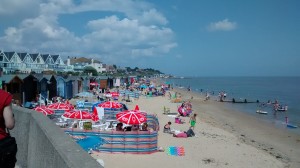 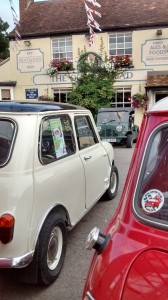 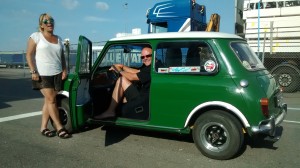 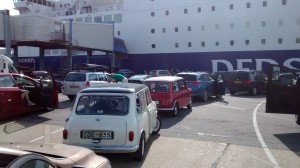 After a long and sunny day on danish roads we are finally in queue to ferry in Esbjerg.

Three more swedish Minis are joining us on this crossing. 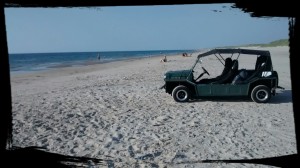 In Lökken ,Denmark you are allowed to drive on the beach all the way down to Blokhus, thats 14 kilometer. We took our beach car and drove some of those kilometers.

Our day started in Gothenburg, the ferry took us over to Fredrikshav in Denmark. We drove up to Skagen and walked out on grenen for a picnic lunch and to wade out and let two seas collide their waves between our legs.

We drove on to Hirtshals to visit the Oceanarium with big tanks filled with ocean life.

Out on the roads again in the 30 degrees celsius heat, the Moke was running a bit hot…

We drove via the beach in Lökken, se above.

The day ended with late and very nice home cooked dinner on beach in Klitmöller. This place is known as Cold Hawaii among surfers and every second csr has a surf board on top. Poeople were hanging on the beach after sunset and made camp fires in between the old bunkers.  Very nice place  :-)